Barnes is the co-founder of the #MuteRKelly movement, which protests the singer’s abuse of women and girls. 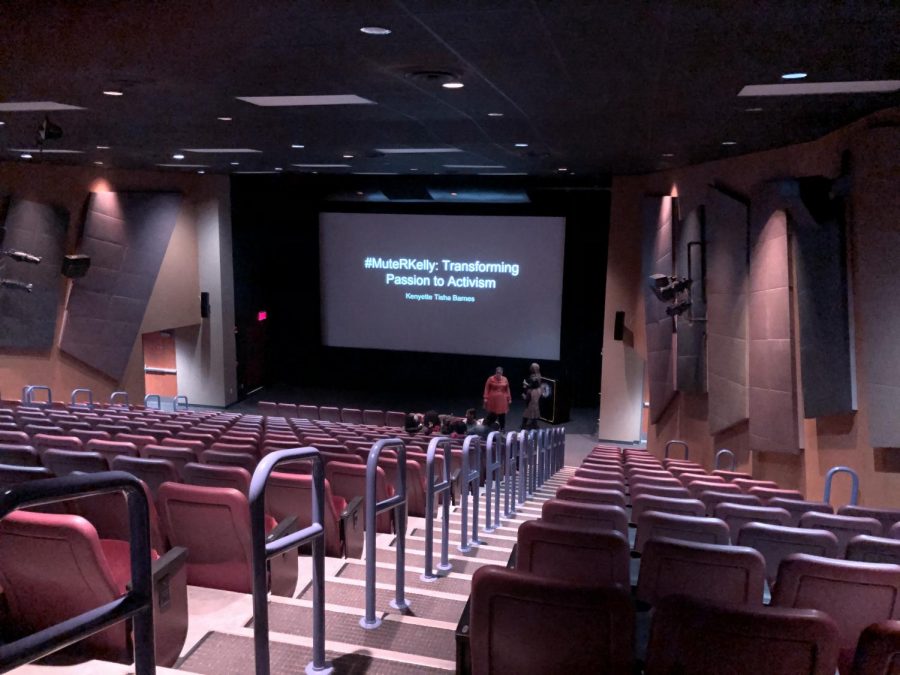 Kenyette Tisha Barnes spoke about her role in the #MuteRKelly movement.

In an event hosted by The University of Akron’s Women’s Studies Program, Kenyette Tisha Barnes spoke about the #MuteRKelly movement on Mar. 3 in the Jean Howard Taber Student Union.

Barnes is a political strategist and CEO of Nia Vizyon, LLC., a social justice lobbying firm. She co-founded the #MuteRKelly movement alongside Oronike Odeleye, an arts consultant and activist.

Before the creation of #MuteRKelly, Barnes and Odeleye did not know one another.

As R. Kelly was set to perform at the Wolf Creek Amphitheater, a taxpayer-funded venue in Atlanta, Barnes and Odeleye felt that someone facing sexual abuse allegations should not be able to profit from a performance at such a venue.

From there, what began as a small protest and a social media hashtag caught the eye of major media outlets, including the Atlanta Journal-Constitution, The New York Times, The Washington Post and CNN.

Five other R. Kelly concerts around the United States were cancelled.

“By the time we were done, in 15 months, we had 12 chapters of Mute R. Kelly, we had cancelled 13 concerts and we took an estimated 2.5 million dollars out of [R. Kelly’s] pocket,” Barnes said.

Barnes also spoke generally about the issues of oppression and activism, noting that when a person decides to become involved in an activist movement, “it usually happens on the heels of oppression.”

The audience often responded to topics in Barnes’s speech with claps and cheers.

“I originally attended the event as extra credit for my class, but I am so happy I went because it gave me a new outlook on advocacy and standing up for what you believe in,” senior John Alfieri, a media studies major, said.

Kelly is currently being detained at a federal prison in Chicago, where he is awaiting trial. The trial is scheduled to begin May 18, 2020.

Although Kelly is now facing multiple criminal charges, Barnes says that the work is not over. The next step is to get Kelly’s music removed from streaming platforms and radio.

“We are having the most difficult time with satellite radio,” Barnes said. “A lot of the local radio stations, however, have stopped playing the music. It’s little by little.”