This Akron-based team is part of FIFA’s governed version of indoor soccer. 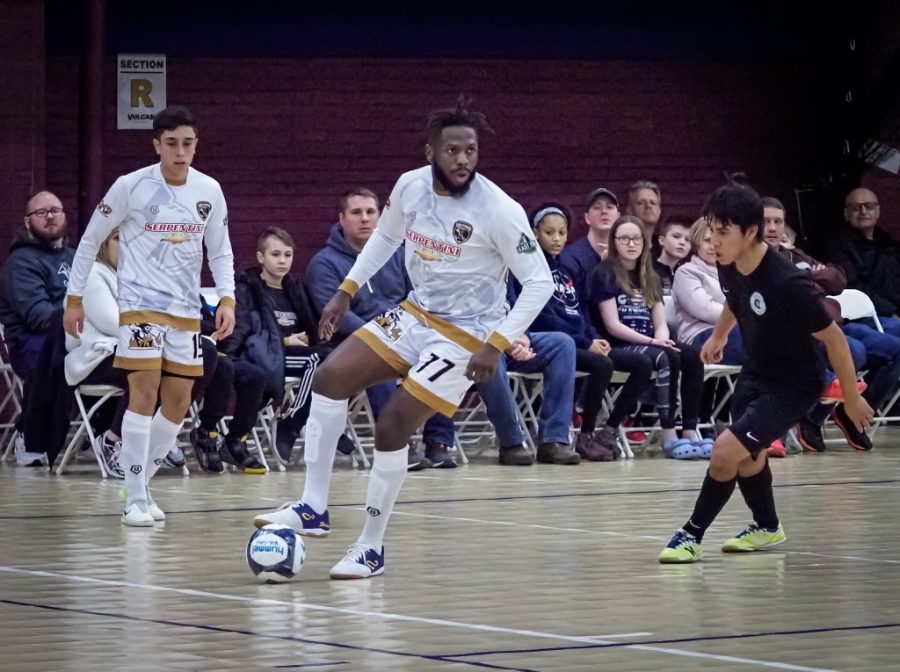 The Akron Vulcans defeated Cadence on Feb. 22 with a final score of seven to four.

Looking for a new sport to follow with a local team and affordable ticket prices?

Look no further, as the Akron Vulcans Futsal team, an affiliation of the FIFA National Futsal Premier League (NFPL), is currently in their inaugural season.

“Through the tireless support of our ownership and Otto’s ability to champion an idea like no one else, we were able to get this off the ground to compete in the NFPL (National Futsal Premier League) for the 2019-2020 season,” Miletti said.

Currently, the Akron Vulcans have developed a partnership with defending champions San Lorenzo, a professional club in Argentina, as they have loaned three players to the Akron team.

As the sport continues to grow, both Miletti and Orf hope to see Futsal join the NCAA and hope more people become interested in playing professionally after college.

“Given the adolescence of the league and the developing nature of the sport in America, we don’t have a “pool” to draw from in the way the NFL does with college athletes,” Miletti said.

Futsal is a fast-paced indoor version of soccer played on a hard surface court with five players on each team. In total, there are 10 teams in the NFPL, which is only in its second year.

A few big ways Futsal differs from soccer, according to Miletti, include a ball being kicked in instead of thrown in, only four seconds to play the ball during the kick-in and unlimited, spontaneous substitutions.

“For new fans, it’s often described as a mash-up between hockey, basketball, and soccer,” Miletti said. “With a shot being taken every 46 seconds, there is no shortage of excitement.”

Students are encouraged to attend one of the Vulcan’s home games, hosted by Rubber City Sports at Goodyear Hall, as they are not only affordable, but also a great form of entertainment.

The Vulcans are offering $5 off per ticket to home games with the promotional code ZIPS2020. Tickets are available for purchase online.

“This is a great time for any sports fan, and especially for those that love soccer.” Miletti said. “Being close to campus at historic Goodyear Hall, it’s the perfect way to spend a weekend night if you’re a Zip.”