‘Sound of Metal’ Review: A Touching Tale of Heartbreak and The Journey to Acceptance

Riz Ahmed is touching and real as a musician who starts to lose his hearing in this unconventional drama. 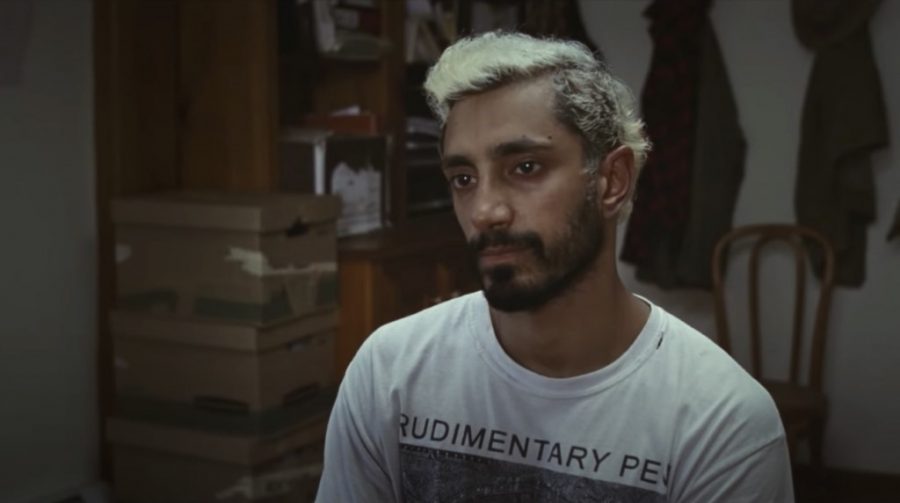 With the Oscars approaching this upcoming April, The Buchtelite is reviewing movies that are on the radar for Oscar nominations. The first movie in this series is “Sound of Metal,” directed by Darius Marder.

“Sound of Metal” explores the differences between being able to hear and not being able to listen. The main character Ruben suddenly loses his hearing during a gig with his band. As a former heroin addict, Ruben starts to spiral and gets to the point of almost relapsing. His girlfriend and bandmate Lou (Olivia Cook, “Ready Player One”) urges him to seek help from a deaf rehab community. This facility is run by former Vietnam War Veteran, Joe (Paul Raci) who treats his patients on the idea that deafness is not a disability and that it should not be changed by surgery. Very hesitant at first, Ruben goes through a journey of trying to accept that he is deaf and if he should alter his hearing with cochlear implants to have the chance to be able to play music again.

Riz Ahmed’s performance can make any audience feel the anger and confusion that Ruben is going through the entire film. This is one of Ahmed’s greatest performances from seeing the raw emotion that he delivers to the audience to the transformation that he makes during the movie. Best Actor will be a tough category this year for the Oscars with the amazing male performances that are being brought, including Ahmed’s.

What this movie also does beautifully is being able to address the issues that go unspoken. Some of the topics that are present are drug addiction, suicide, and mental health. It is essential to address these topics in modern day cinema to show that they are still very prevalent issues that need to be addressed.

One of the most intriguing things about “Sound of Metal” is the silence that can be heard so well. Much of the beginning of the film is made purposely so that the dialogue can be hard to understand with all the background noise and Ruben’s impending deafness. It gives the audience an authentic feeling of what Ruben is going through. Once Ruben goes deaf, the silence is what makes the movie so impactful and shows the reality of being deaf. It gives a feeling of the reality that many deaf people deal with daily. It allows the audience to appreciate the beauty of a world without sound.

This is not a perfect film by any means. There are times where it feels that the story moves very slow and that there should be more action in certain scenes. It also feels like some aspects of Ruben’s life and past is glossed over and the movie would benefit from exploring those characteristics a bit more. Even during these slow moments, Ahmed can keep the audience attention by his raw emotions and thoughts that are being shown.

Overall, “Sound of Metal” delivers a beautiful message that is led by Riz Ahmed with his superb performance. It sheds light and awareness to an overlooked community while also showing the personal struggles that many people face on an everyday basis. As a warning, some images and themes may be hard for some to watch due to the subject matter.
Grade: B+
Available now to stream on Amazon Prime