‘Saint Maud’ Review: An Unsettling and Fantastic Story of Trauma and Religion

Rose Glass makes a massive directorial debut with her sinful story that can shock any audience. 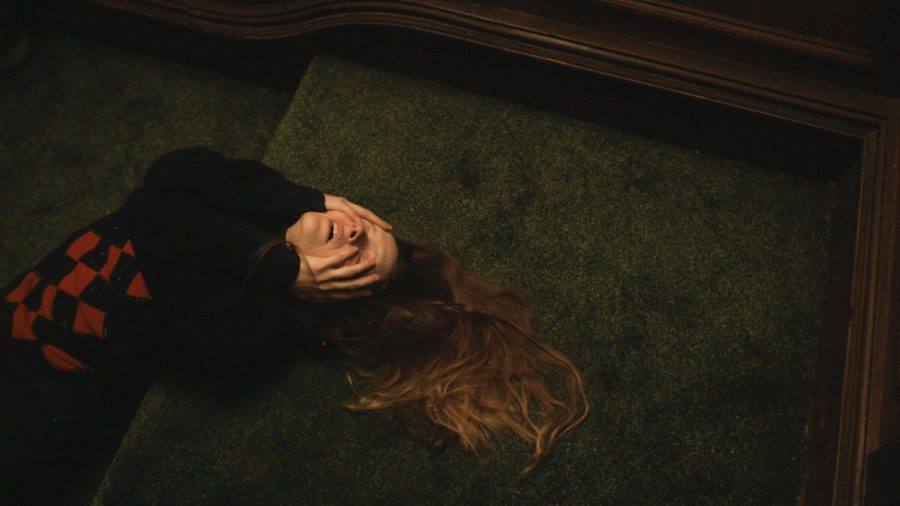 The Buchtelite is continuing to review movies that are on the radar for Oscar nominations. The second movie in this series is “Saint Maud,” written and directed by Rose Glass.

Saint Maud explores uncomfortable topics such as trauma, PTSD and religion to highlight the horrors that in-home nurse, Maud, played by Morfydd Clark (“Crawl,”) experiences after she suffers a traumatic experience at the hospital she used to work at, Maud  turns to religion in a very unhealthy and obsessive way that is starting to affect her everyday life and actions. After that experience, she takes care of patients who are in Hospice and wish to pass away at home. She is placed with a blunt and eccentric patient named Amanda, played by Jennifer Ehle (“Zero Dark Thirty,”) who is a former dance prodigy and does everything that Maud is morally against. Maud becomes dangerously obsessed with trying to save Amanda’s soul with religious practices and actions that lead to her growing insanity.

Saint Maud is a movie that is best watched with very limited knowledge of the plot and characters when going into it. The most interesting aspects of the story are the surprises and turns that Maud makes while she is going through the journey of trying to save Amanda and her sinful soul.

The pacing of this film truly stands out. It is a shorter film with only 84 minutes runtime, but it carries a punch of impact. The movie is wrapped up in the final seconds that perfectly demonstrate Maud’s journey throughout the entire film.

Morfydd Clark’s performance is astonishing throughout the entire film with how perfectly she encapsulates the character of Maud and the complete transformation she makes during the film. Her performance is one of the best female horror performances of modern–day cinema. She is easily put on the list with big names such as Toni Collete for “Hereditary,” Florence Pugh for “Midsommar,” Anya Taylor-Joy for “The Witch” and Lupita Nyong’o for “Us.”

Rose Glass makes her directorial debut by leaving the horror community speechless. She is leading the way for more women to be included in the horror movie scene that has been dominated by  male directors for many years.

Gore and violence can be a very tricky subject and can be very hard to master without being too little or too much. “Saint Maud” has the perfect amount of gore and violence that can make an audience feel disgusted and uneasy. Audiences can still stay engaged in the storyline and not feel the need to turn the movie off due to excessive violence that many horror films gravitate towards.

A24 never fails to put out terrifying and unsettling horror films even when faced with huge delays and limited theater releases. “Saint Maud” still holds the same terrifying experience even when having to watch the movie from home and not in a large movie theater making it the perfect movie to watch during COVID-19.

Overall, “Saint Maud” does an amazing job of being able to crawl under the skin and use the most distressing experiences to make audiences as uneasy as possible. It is important to note that this is a very dark movie with heavy subject matter that may not be suitable for all audiences. Saint Maud is rated R for gore, heavy violence, sexual content, and strong language.
Grade: A-
Saint Maud is available to stream through Epix Films and Amazon Prime.