“Candyman” Scares in The Perfect Way

Nia DeCosta pays tribute to the original film while paving her way into her own beautiful and dark “Candyman” universe. 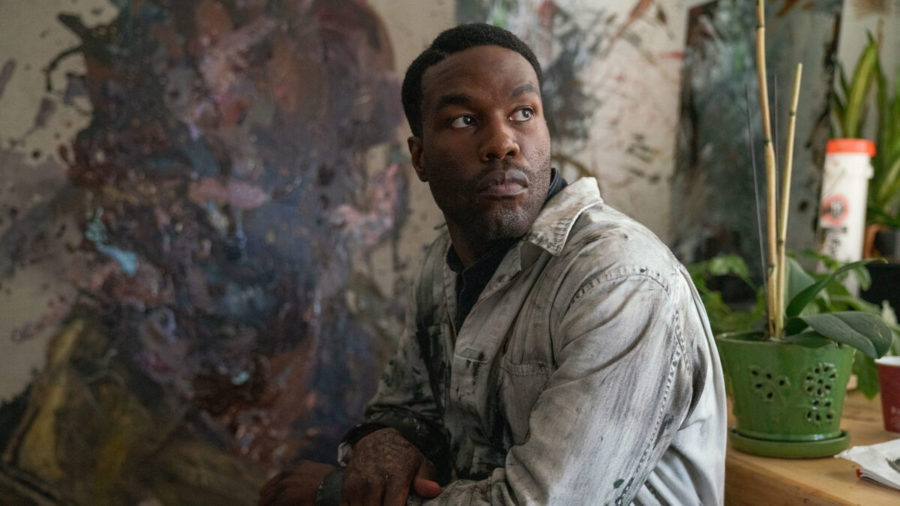 October is right around the corner, and I am gearing up for the fall season. Hands down my favorite part of the season must be horror movies. I grew up watching classics like “Nightmare on Elm Street,” “Poltergeist” and more. Nothing makes me feel cozier than having cool weather, wearing my favorite oversized sweaters and popping in a good horror movie.

The fall came a bit early for me this year with the release of “Candyman” directed by Nia DeCosta. “Candyman” tells the story of artist Anthony McCoy (Yahya Abdul Mateen II) and his art career in a gentrified area of Chicago. After a chance encounter with a local laundromat employee, he learns of the urban legend Candyman and unravels a horrific past that starts affecting his sanity and entire life.

Before I discuss this movie, it would be disrespectful to not mention the original “Candyman” (1992). I watched the original about two years ago and immediately fell in love with the story. It is so well done, tackling issues such as gentrification, racism, gender roles, and more, while still being one of the most unsettling movies that I have seen. Since I had such a love for the original, I was very skeptical about the new one being released.

After five minutes of watching the new one, all my doubts were thrown out the window. The opening credits grabbed me in, and I felt immersed in the “Candyman” universe as I had before with the original.

While there is plenty gore and violence, I never felt that it was overused or too over-the-top. The cinematography does the violence justice with how the movie is shot.

What “Candyman” (2021) does well is that in no way is it trying to replace or redo the original film. It is creating a distinctive universe while still bringing in elements from the original. I would consider the new film as a continuation of the original, but not a direct sequel.

Without a doubt, Yahya Abdul Mateen II steals the show. His character goes through a huge transformation throughout, and he plays the role extremely well. When I was first introduced to Mateen in “Trial of the Chicago Seven,” I thought he deserved an Oscar. “Candyman” (2021) gives me the same feeling. The Oscars need to get over their hate of horror movies and start celebrating these fantastic performances like Mateen’s.

Nia DeCosta is the first Black female director to be #1 at the box office for her movie and she is very deserving of that. You can tell that she put time and effort into making this movie and it pays off. Her successes are opening new doors for filmmakers that have never been seen.

Even if you have never seen the original, “Candyman” (2021) is still for you. I saw this film with three other people who had not seen the original and they were able to follow along the entire time and they all genuinely enjoyed it.

If you are a fan of the original, there are so many nods to that film, and they will leave you grinning when they show up. My favorite reference is at the end, and it had me almost jumping out of my seat in excitement.

Overall, “Candyman” (2021) may be one of my favorite movies of the year so far and it will be hard to beat. DeCosta does such a great job honoring the original movie, while still making her own. “Candyman” (2021) will be remembered for a very long time.

I highly recommend this movie to anybody that is a fan of horror and looking for a genuinely fantastic film.

“Candyman” does contain a lot of violence, strong language and disturbing images that may disturb some viewers.
Grade: A