As natal charts and tarot reading become more popular, UA student turns it into a business. 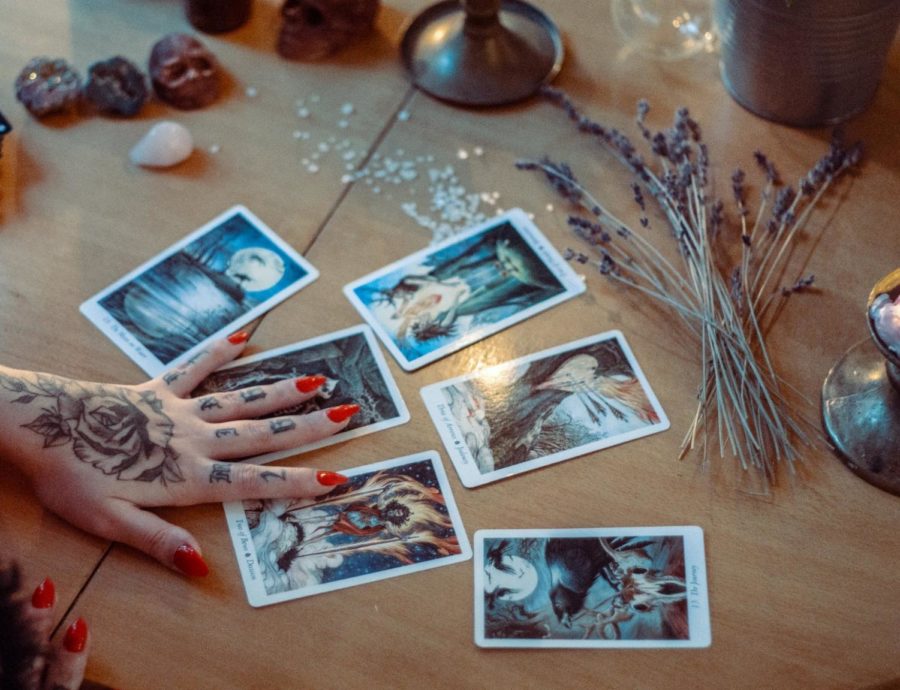 2020 was a year of quarantine and boredom. Kristina Hrnjak is a fourth-year student at the University of Akron. She is majoring in history with a minor in philosophy and has been into astrology from a young age.

Many people have had an increasing interest in astrology since the start of the pandemic. People have been talking about their “big three” which refers to their astrological sun, moon and rising stars. Some take it as far as including their signs in their social media bio.

“This trend has been blowing up,” said Hrnjak, “but it’s been in my life for the last eight years.”

Hrnjak has been studying astrology since she was thirteen years old. Hrnjak also started studying tarot reading when she was sixteen. Learn more about tarot reading here.

In May of 2020, during COVID-19 Hrnjak decided to begin charging for astrological natal chart readings and tarot readings. She has been studying tarot for so long that she figured she should start making a profit off her knowledge.

“This is something I never thought to do,” said Hrnjak. “Especially since I believe this information is priceless.”

Hrnjak’s business did not take off as she imagined. She would advertise on social media, mostly Instagram and Snapchat. Sometimes she would have customers who were simply interested in astrology but didn’t have time to teach themselves. Others were mostly old friends.

For the customers Hrnjak did get, she provided them with a four to five-page natal chart reading for $15. Many of her customers responded with gratitude and amazement. The papers brought up questions like “How did you know all of that based on my birth time?”

Hrnjak responded to those questions by stating that she didn’t have the answers to that, but the stars do.

“I am just a translator for the stars,” said Hrnjak. “I have no special powers other than I’ve read books and taught myself how divination works.”

The business has been on and off as she occasionally offers readings through social media. This semester of school has been busy and challenging, and Hrnjak hasn’t been offering readings.

“It provided a bit of pocket change during the height of the pandemic,” Hrnjak said. “But there is no telling whether I will continue this business pursuit.”

Hrnjak is grateful for the opportunity but doesn’t think she will continue this business in the future.