‘Minari Review’: A Much-Needed Perspective on the American Dream

Steven Yeun leads an impactful cast in a film about a Korean family’s journey to excelling in America. 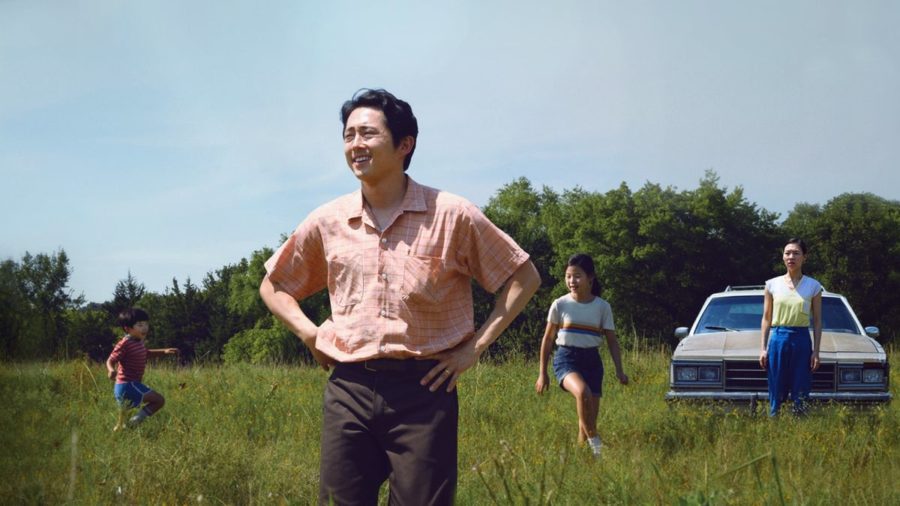 Image via A24 Studios

With the Oscars less than a week away, The Buchtelite is reviewing its final Oscar-nominated film before the award show. The last movie in the series is “Minari,” directed by Lee Isaac Chung.

“Minari” tells the story of a Korean family that is relocating to Arkansas in the 1980s. The parents (Steven Yuen and Yeri Han) work as chicken sexers at a local mega farm in California, and after time the father gets the idea of moving to Arkansas to make a farm of his own to escape the life of chicken sexing. The culture of southern America is hard to accept for both the parents and the children (Alan Kim and Noel Cho). The family is faced with many obstacles such as financial hardships, health issues and the acceptance of their new life.

“Minari” does an amazing job of being able to balance all of the characters in the movie. After watching the film, I felt that each character’s story was thoroughly told and touched on at an emotional level. This is very prevalent in the son David, played by Alan Kim. He is introduced as a child that suffers from a heart condition and cannot participate in extensive physical activity. This heart condition is simply just a part of him and is not used as a cop-out storyline that many movies fall into.

Every actor did an amazing job with their character, but it would be a shame to not specifically mention Yuh-Jong Youn and her performance as the grandmother in this film. She has the most development out of any character and it is unbelievable to see her transition during the film. Whenever she is on screen, she completely steals the show. It would be a complete snub if she did not take home the best supporting actress award.

The overall story is very touching and extremely well done, but I do not see myself personally making an effort to re-watch this movie in the future. I feel that I would not have the same emotions and interest in it like I did when I watched it the first time. I would see myself choosing to re-watch other movies over “Minari.”

With the amount of Asian hate and discrimination going on during these times, it is important for a movie like this to come out now. It gives a true look at what many immigrant families have to go through to make a better life for themselves and their families. Asian representation has been such an issue in the film industry, and it needs to be fixed immediately. Movies like “Minari” are leading the way to a more progressive and equal movie industry.

I would be very surprised if “Minari” ended up winning best picture. Even though it is a very well-done movie, I think it will not be the ultimate choice on April 25. If it were to win, I would be pleasantly surprised and not mad whatsoever. The 2021 Oscars are a very unique year where there is not one specific movie that is the overall popular choice for best picture. I think every single movie in the category has a very good chance of winning it and it will be a complete toss-up.

Overall, “Minari” is an emotional and beautiful film that tugs at the heart-strings. I believe it came out at a perfect time and it will hopefully inspire more diversity in film for Asian actors and filmmakers. This is not a perfect movie, but it holds up with all of its fellow nominees and the best picture race is tight as it ever has been.
Grade: B+
Minari is available to rent through Amazon Prime