The University of Akron Theatre Guild’s President Emily Kay McNeeley and Secretary/Director Jacen Conlan discuss how students can get involved and what the theater community means to them. 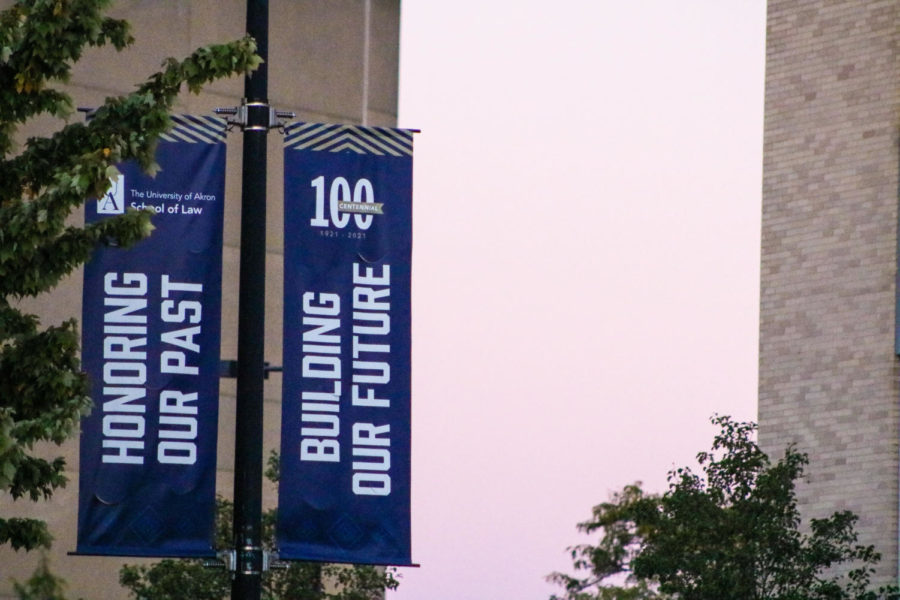 Image via by Alyssa Alexsonshk.

On Nov. 11, the University of Akron Theatre Guild will present their production of “12 Incompetent Jurors,” a parody of “12 Angry Men.”

Typically, the theatre guild presents one production during each semester and differs from The University of Akron’s theatre program.

Secretary/Co-Director of “12 Incompetent Jurors”   Jacen Conlan describes the student–led organization as focusing less on academics and more on community and support.

According to Conlan, the main stage includes more theatre majors and academically focuses on teaching theatre. The theatre guild, on the other hand, puts less emphasis on tradition and usually only utilizes the participation of students.

“We tend be more inclusive on involvement of our productions. We don’t favor or prioritize based on majors. In fact, we don’t even ask for that information during auditions. We base our casting solely on what we see in the auditions,” Conlan said.

12 pages in, McNeeley stated that while she still needed to finish it, she knew the play would be perfect for them.

Conlan is a collaborative director and enjoys teaming up with others to put on the best production possible. He allows those on set with him to share their ideas and frequently includes their contributions.  “As it turns out I don’t know everything,” he joked.

In 2018 he co-directed a play with another UA graduate titled “How I Learned to Drive.” The show covered heavy subject matters such as sexual assault, child grooming and family issues. It premiered during sexual assault awareness month, and he enjoyed having full creative input.

They worked in conjunction with Coalition Against Sexual Assault, another student organization on campus.

For UA students interested in joining The University of Akron Theatre Guild membership is possible even for those without formal training.

McNeeley stressed how inclusive the organization is, noting that any and everyone is encouraged to join.

“Anyone can come to our meetings. Meetings for the guild are held every other Tuesday. Officer meetings are on the opposite Tuesday. Anyone looking for more information is encouraged to attend,” she said.

Active member status is granted through attending meetings for a semester. For those with conflicts on meeting days they can still contribute to the group through fundraising events and tabling at the student union.

Meetings are held at 5 p.m. every other Tuesday in room 138 at the The Buchtel College of Arts and Sciences.