“Scream” Review: The Franchise is Alive Again in a Killer Way

Ghostface’s return opens the doors to a modern-day Scream franchise. 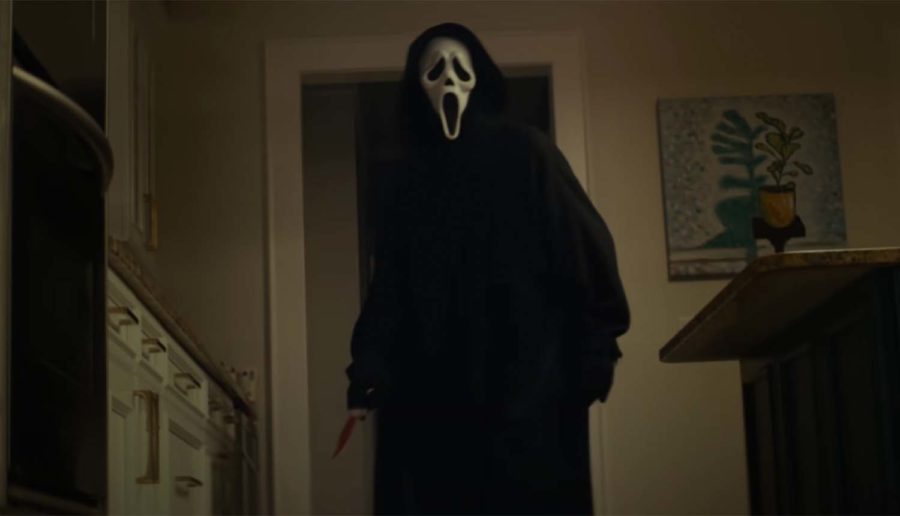 Ghostface is back and more powerful than ever with the newest adaptation of “Scream”, now out in theaters.

“Scream” takes place 25 years after the original film. A new killer dons the mask of Ghostface and starts to attack the family members tied to the original killings. The cast is a mix of new and old faces, including Neve Campbell, David Arquette, Courtney Cox, Melissa Barrera and Jack Quaid.

Leading up to the movie’s release, “Scream” was only on my radar since I knew I had to review it for “The Buchtelite.” The trailer was not captivating, and I thought it was going to be another cheap remake of a beloved classic. Not even a minute into the movie, I knew my prediction had been completely wrong.

From the very beginning, I became completely invested. It was clear that the creators were sticking to the same type of atmosphere that the original movie implemented so well. The soundtrack and setting balanced 90’s cheese and modern-day horror.

The combination of new and returning cast members was done in a thoughtful and powerful way. Both groups of cast members collaborated well and brought strong talent to the screen.

Without a doubt, my favorite aspect of the film was Ghostface’s killings. Each scene had the right amount of gore and violence. It was enough to make any horror fan burst with excitement. Every kill was different and was never too over-the-top. There is a specific kill towards the end of the movie that made me audibly cheer in the theater.

“Scream” honors the work of late director Wes Craven, who created the original film.  Seeing subtle nods to his legacy was very stirring.

This movie is approachable for both new audiences and those familiar with the original. It does a great job of recapping previous events and killings while providing room for possible sequels.

Overall, “Scream” introduces a new chapter for the franchise. It’s executed so well that it opens the door for some fantastic sequels. I am excited to see what the future holds for the “Scream” franchise.

“Scream” is rated R and contains scenes of violence, language and adult themes that may not be suitable for all audiences.
Rating: A-