The Buchtelite’s Road to The Oscars: Best Picture Nominees Ranked 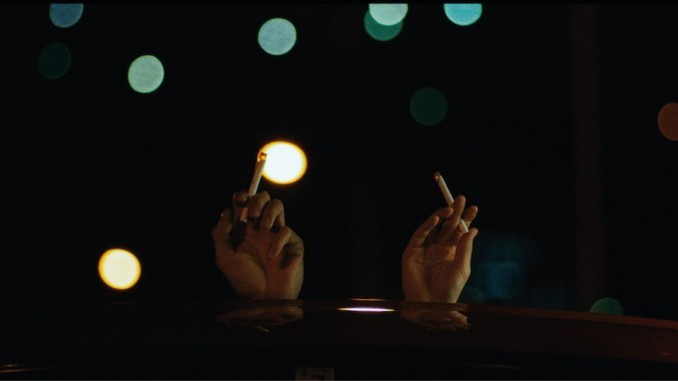 Before I start this article, all these opinions are completely my own. If you have different opinions, that’s great! Movies are subjective and can be discussed in a respectful way.

Believe it or not, the Academy Awards are creeping up again. It felt like yesterday when I scrambled to watch all the 2021 Oscar nominees. This year was no different.

The 2022 Best Picture nominees were stacked, featuring revolutionary science fiction, intense dramas, touching tales and more. It was difficult for me to rank the films from this list, especially when it came to my top favorites.

Out of the list of nominees, “Don’t Look Up” was the easiest film to place on my list. I was not a fan of this movie whatsoever. I thought the storyline was poorly written, it was too long, and I did not find any personal entertainment value in the film.

While the acting was not bad, there was a lackluster script. I do completely agree with listening to science and hard facts, but the people that need to learn that are unlikely to watch this movie or take it seriously. Every joke that was made felt forced, out of touch and made me roll my eyes quite a bit. The editing of the film genuinely gave me a headache from the amount of jump cuts and random clips that was thrown into almost every scene.

This movie was an Oscar cash grab and I believe that it does not deserve a place on this list of movies.

When I watch a movie, I want to connect with the characters and their struggles. I could not do that with “Belfast.”

In no way am I saying that this was a bad film. It was beautifully shot and Kenneth Branagh’s talent shines throughout the entire movie. However, the pacing of the film was too fast, and I felt uninterested most of the time.

This disinterest could also come from the fact that I was unaware of the event in history that was addressed in this film. Before watching, I had not known anything about the Protestant and Catholic riots that took place in the 20th century.

Nevertheless, I do not think it was a bad movie. The acting was great with the way that they were able to make the characters feel personal and the film was visually stunning. I personally feel that this movie will be forgotten quickly after Oscars season is over.

There’s possibly not a more revolutionary and timeless musical than 1961’s “West Side Story.” I viewed the original a couple of years ago. Nothing really changed my opinion about it when I watched the 2021 version. It is flashy, fun and makes you want to dance… just like the original.

I do appreciate the androgenous character who was introduced in the 2021 version, but I felt that the portrayal could have been much better. The character felt like it was thrown in last minute by the way they interacted with the other characters. It would have been nice to see a more fleshed out storyline for them.

I thought most of the actors were talented. Rachel Zegler is an up-and-coming star, Mike Faist was exuberant and Ariana DeBose stole the screen whenever she was featured.

I can see why this was included in the Best-Picture category with powerhouse director Steven Spielberg behind it. It deserves to be included. Nevertheless, I just do not see it as a winner. In my opinion, however, Ariana DeBose has a great chance of winning Best Supporting Actress.

I did not expect myself to like “King Richard” as much as I did. All I knew going into it was that it described how Serena and Venus Williams’s dad helped them become superstars. While I have never been particularly interested in tennis, I always respected tennis players and their skills.

When I saw that Will Smith was playing the lead of Richard Williams, I was not that excited. Will Smith is a great actor in a lot of roles, but there have been many misses in his career that left impressions on me. So, I did not know what to expect with this movie.

As it turned out, I was extremely impressed with his performance. It did not even feel like I was watching Will Smith. He completely transformed into Richard Williams and gives a top-notch performance.

However, considering the film’s storytelling, it was another sports movie with the classic underdog trope. The plot was very predictable, especially with the known successes of the Williams sisters. I still enjoyed watching it and it is so nice to finally see some representation in the Best –Picture category.

“Nightmare Alley” was one of the films I looked forward to watching the most in 2021. When I heard that Guillermo del Toro would be making a carnival horror, I was thrilled.

The atmosphere of this movie is most striking. Del Toro is known for making creepy scenery come to life on the screen and “Nightmare Alley” is no exception. The stacked cast of Bradley Cooper, Cate Blanchett, Toni Collette, Willem Dafoe, and more simply add to the overall appeal of the film. The dramatic shift halfway through the movie was also executed well.

“Nightmare Alley” is not a perfect movie and I predict that it will not win Best –Picture, but it was still one of my favorites.

This movie teleports you into the 1970s, taking you on an uncomfortable, well-written journey. The film sucked me into the characters’ journeys. It was fun to see the development of the characters and feel the tension of the climatic moments. The young cast of Alaina Haim, Cooper Hoffman and more bring such great energy to the screen and I cannot wait to see what they will do next in their careers.

“Licorice Pizza” demonstrates that the main character does not have to be a “good person” and can have flaws that can make them very unlikeable to an audience. It is disappointing to not see any of the actors nominated for individual categories, but I can tell that they will have successful careers in the future.

Jane Campion gives a much-needed perspective on the 1920s in the American West, one that has not been portrayed in cinema before. It explores “taboo” topics of the time in a unique and engaging way that makes you develop a strong bond to the characters. It accomplishes this by making scenes feel claustrophobic and uncomfortable as possible.

What makes “Power of the Dog” so powerful (no pun intended) is the strong supporting cast. Kirsten Dunst, Jessie Plemons and Kody Smit-McPhee have a strong grasp of the characters they play, and it makes the movie stand out. While Benedict Cumberbatch still makes a great lead, the supporting characters stole the spotlight.

This movie is a slow burn that delivers. Never once did I feel bored during the movie, and it is clear why it is on this nomination list.

I believe Jane Campion should win the Best Director award for this film due to the love and passion that can be seen in every shot. It is also time to reward female movie makers for their contributions to cinema.

This is the part of the list where it got REALLY hard to choose the top three movies.

I was unaware of “CODA” until nomination list came out a couple of weeks ago and I am so mad I did not watch it earlier.

“CODA” is a touching and perfectly written story. Every single performance in the movie is done with ease. The actors portrayed family life in a life-like and compelling way.

“CODA” leads the way for representation of Deaf actors/creators in Hollywood. It shows that no matter what people deal with in their lives, they can make fantastic pieces of art.

It will make you laugh, cry and just feel good. I cannot recommend this movie enough.

This movie is quite perfect. The casting, cinematography, plot and everything else about it was amazing.

“Dune” had so much anticipation surrounding it and it did not disappoint one bit. I have many more opinions about the movie and you can read my full review here.

Spoiler alert: I gave it an A+

As much as I loved “Dune,” there was one movie that topped it and it is “Drive My Car.”

“Drive My Car” may be the  most beautiful film that I have ever seen. It takes its fist and punches you in the gut in the most perfect way possible. It describes the grieving process with utmost accuracy.

With a three-hour runtime, I anticipated that I would get bored. However, I remained completely engaged the entire time. Every single scene was needed in the movie to develop the plot.

When I left the theater, my soul completely left my body. I could not stop myself from thinking about the film the rest of the day.

Every performance is perfect. The soundtrack complements everything beautifully, and it is a true piece of cinema.

I believe that “Drive My Car” deserves the coveted Best Picture award, but “Dune” and “CODA” are almost equally deserving.

This year is a stacked year for movies, and it was so hard for me to compile my final list. There were also some phenomenal movies that were not included in my list. One of my favorites was “Worst Person in the World.”

I will be interested in seeing how the annual awards show goes this year. I do not have much hope since they already announced that they will be cutting categories (ex. Best Score, Cinematography, and more) from the live broadcast which is such an atrocious move. I do not care for skits from overpaid actors–I want to see creative minds be awarded for their arduous work.

At the end of the day, the only opinions that matter are your own. I am not going to agree with every choice but seeing foreign and cultural films finally get some notice is amazing.

I will be releasing a full review of the Oscars after the live taping.