The 2022 Oscars Review: “Dune” Sweeps, “CODA” Wins Big and Celebrities Are Still Out of Touch 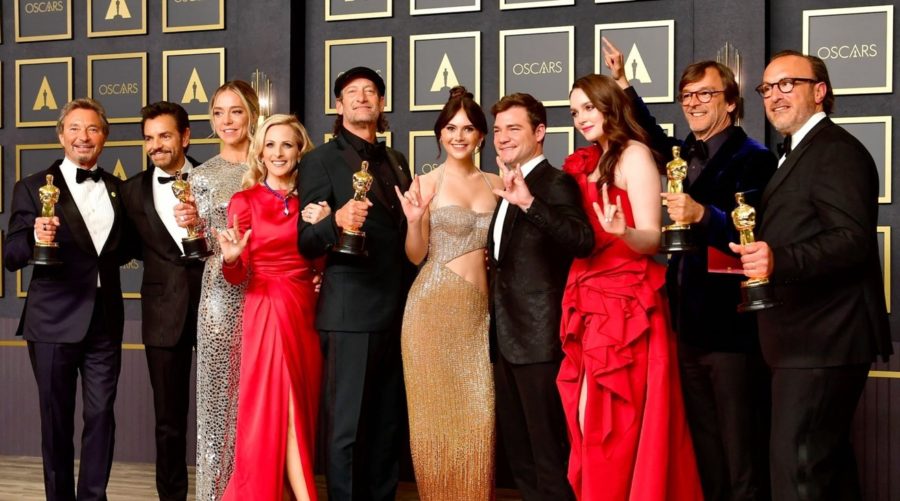 This year’s Oscars was much more…. eventful this year.

To start off, I really do not want to talk about the Will Smith and Chris Rock situation. It has been talked to death on the internet the past week, and I am quite tired of reading about it. Yes, it was a very shocking event, but I want to focus more on the awards itself.

First, “Dune” completely swept the awards this year. The science fiction hit took home six awards: Best Score, Best Costume, Best Cinematography, Best Sound, Best Film Editing and Best Production Design. All these awards are completely deserved for such a fantastic film. All these wins show how much director, Denis Villeneuve, was snubbed by not being nominated for Best Director. (Let the spice flow!)

As I mentioned in my previous article, the Academy decided to cut seven awards from the live taping of the show. As I predicted, the cuts were not in good taste. They took short clips from the acceptance speeches of these awards and cut them throughout the broadcast, making it feel cheap. These editors, make-up artists and crew deserve the same spotlight as anybody else who won awards. What made it even worse is that they played commercials featuring makeup artists, set designers and more to say how much they are “appreciated” in the movie making process. It was so out of touch.

Another moment that made me quite upset is when Ryosuke Hamaguchi won Best International Film for “Drive My Car.” Not even 40 seconds into his acceptance speech, they started to play music to rush him off the stage. He is a native Japanese speaker and it felt gross they way they tried to rush him off. He had every right to give a longer speech, especially with the success of “Drive My Car.”

“CODA” ended up being the big winner of the night and took home Best Supporting Actor, Best Adapted Screenplay and Best Picture. I thought all these wins were well deserved, and it was so emotional watching Troy Kostur accept his award. It is about time that diverse films were recognized for their creativity and work.

All the skits and comedic bits that were put in throughout were unfunny and felt like a waste of time. They should remove all the unnecessary bits and put back in all the awards on live television. At the end of the day the show is about celebrating filmmaking, not unfunny skits from out-of-touch celebrities.

Overall, I was disappointed with the material that the Oscars gave me. However, I am extremely happy for films like “Dune,” “CODA” and “Drive My Car” for winning well-deserved awards.

Will I watch the Oscars next year? Of course. The show feels like a train wreck, and I can’t look away. I tell myself every year that I will not watch it, but I always find myself tuning in anyway.
Rating: D