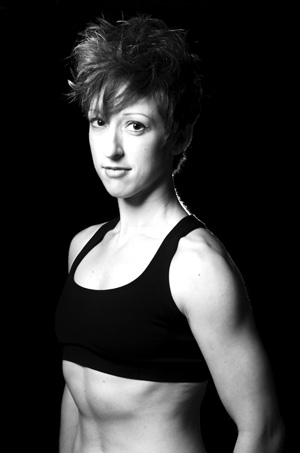 Some graduates may imagine that their careers will take off once they get themselves out of Ohio, while others uncover their own opportunities right here in Akron.

Modern dancer and UA graduate Kelli Sanford has done just that by creating her own nonprofit modern dance company based in Akron.

Originally from Fowler, Ohio, Sanford graduated from The University of Akron in 2002 with a Bachelor of Arts in Dance. In a recent interview, Sanford highlighted the benefits of UA’s well-rounded dance program.

“I had opportunities to perform and choreograph, and also took diverse academic classes to balance dance and general studies. I made a lot of good contacts in the arts community in Akron,” Sanford said.

In 2007, Sanford received her MFA in Contemporary Dance from Case Western Reserve University. As a student at CWRU, she received scholarships to study in New York City and in Australia, but ultimately returned to Northeast Ohio to teach and perform.

“Yes, New York is the place to go,” Sanford said, “But I want to keep the talented dancers who live in Akron in Akron.” Her company, Real Edge Dance, is designed to accomplish that desire.

“The audition was hard,” said Casino, a senior dance major at UA. “She threw a combination at us; we went away to practice on our own, then came back and just did it.” Later that week, Casino received an email that she had been hired as one of RED’s professional dancers.

“The dancers I selected demonstrated a good connection to my kinetic style,” Sanford said. “My works are full [of] high energy, eclectic lines and dynamically charged musicality of movement.”

RED has been rehearsing since auditions in preparation for their debut performances Oct. 28-30 at Paul A. Daum Theatre on the main campus at The University of Akron.

The program will include group and solo works inspired by such diverse topics as toy dolls coming to life, survival of the fittest and the artwork of Jackson Pollock.

“I make work for the people,” Sanford said. “Too many times I have seen dance that is so confusing, disconnected and overbearingly intellectual. My dances will make a statement, but also invite the viewers to draw their own conclusions.”