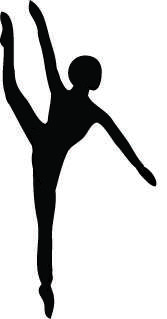 The first performance was called Weeding, which described “the inner beast within us, survival of the fittest,” as described in the program.  It kept my attention because it started off with a ritual towards the ball and then it became fighting with other for it.  The costumes for the dancers where a light brown color with the makeup highlighting their eyes.

At points, when the music changed, so did the lights and dances. If the music picked up, the dancers started running. Also, when they picked someone up, the light changed.

The second performance, Avalanched Heart, was performed by the artist director Sanford. She wore a black sports bra with black pants. This was the only performance with  lyrics in the music.

I was a little confused to the dance, but it made sense when she would notice the chair on stage. My interpretation of the dance was realizing that a certain person you knew is gone.

Avalanched Heart was the shortest performance in the show, at about 3 minutes long.

Below Horizon Above was the third performance, and I thought the dances were well done. It was “inspired by water and flight” as described in the program.

It started off dancers wearing blue spaghetti straps shirts with light blue shorts. The shirts had blue lace fabric hanging around them.

There was a moment on stage where all the dancers left the stage. Seconds passed with no one on stage, but soon enough the dancers came out with fabric hanging off their right arm. The use of the fabric was indeed questionable, but in the end, it worked well the show.

During intermission, the audience members could go buy some snacks and/or refreshments while two performers were on stage performing until show began. One performer was playing the guitar while the other was playing the harmonica.

The fourth performance, Toy Box, was my ultimate favorite. It was a creative and funny performance.

The curtains open with a huge toy box upstage. A dancer came onto the stage as a little girl wearing a white dress. The dancer opens up the toy box and starts taking out her dolls, which were the dancers. She took out five dancers out of the box and set them up on downstage left.

She winds them up and then sits on downstage left while the dolls, which were the dancers, starts to move. The dolls start to have their own fun by taunting the girl. They end up picking up the girl and taking her with them to the toy box.

The next performance was Blank Canvas, which was another solo dance. The dancer wore a black tank top with black shorts.

A canvas was hung up upstage right with a light behind it. Another canvas was on the floor downstage left.

After watching it, I was confused to the meaning of it. I was not the only one; whispers were going around questioning it.

Lastly, The Natural Being was “inspired by the culture of the Aborigines and the Environment of Australia,” as described  in the program.

When the music picked up, so did the dancer’s energy. They all were smiling and looked like they were having fun. Earlier in the dance, I caught a few smiles, but they seemed more focused on what they had to do next.

The performance ended, they took their bows, and Sanford came on stage as well. One of the dancers brought out flowers for her.

A standing ovation was trying to occur, but the curtains closed too soon and the house faded to black.