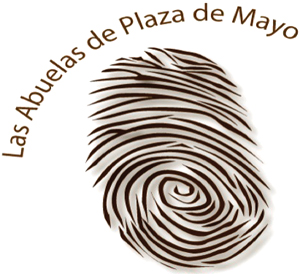 “Las Abuelas de Plaza de Mayo,” a documentary about grandmothers searching for their lost grandchildren in Argentina, debuted at The University of Akron’s Student Union Theater last Thursday as a part of the 2012 Rethinking Race initiative.

The film chronicles human rights abuses throughout Argentina’s Dirty War, which lasted from 1976 until 1983. The civil war resulted from an attempt from the Argentinean military to prevent communism spreading to their country.

According to the film, anyone could be singled out by the military as being connected to leftist revolutionaries and many were wrongly accused. An estimated 30,000 people were kidnapped, tortured or murdered during the war. Some were restrained and tossed from airplanes into the ocean alive.

“The description of the torture methods, we didn’t even get into that kind of stuff. These weren’t warring soldiers on the other side, these were women…and lots and lots of college students,” said Dr. Charles A. Tuggle, who produced the film. Tuggle is the director of journalism at the University of North Carolina-Chapel Hill.

Of the people kidnapped during the war, many were babies and pregnant women. About 500 children were stolen from their families and often remained with military personnel or families of the military. Pregnant women were frequently murdered soon after giving birth.

Las Abuelas de Plaza de Mayo, or The Grandmothers of May Plaza, is a group formed in Argentina dedicated to finding their “lost” grandchildren, who are now in their 20s and 30s. According to the documentary, most of these lost grandchildren are not aware that the family who raised them is not their actual family.

“One of the fascinating things we found is that every grandchild has a different story,” Tuggle said. “Eventually, almost all of them sever ties with their previous family because they have lied to them all those years. Until your identity’s been taken away, sometimes it’s hard to really value it.”

According to the film, the role of the Argentinean military in the 70s was to preserve the constitution and protect the country from communism. Many apologists say that the military was not kidnapping children, but saving them.

“There are people who say even now that the military was justified,” Tuggle said. “They think they saved Argentina from communism.”

Tuggle said that although there is much that can be taken away from his documentary, the persistence of Las Abuelas de Plaza de Mayo is one of the film’s most inspiring aspects.

“Average people – in this case little old ladies – can make a big difference. They’re heroes in my mind,” Tuggle said.

“It’s a very powerful story and it’s very powerfully told in this documentery,” said Dr. Therese Leuck, a professor in the School of Communication who introduced the documentary in the Student Union Theater.

Tuggle said he is not planning on starting any new big projects in the near future, in part because “Las Abuelas de Plaza de Mayo,” is really an ongoing project. Currently, Tuggle and his team are in the process of converting the film’s language from English to Spanish.

“New information comes up all the time,” Tuggle said. “I could have made a four-hour documentary and still not used everything. I believe this is a story that will continue to grow in one form or another.”