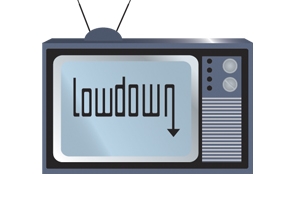 Lowdown is an Emmy-nominated entertainment news program at The University of Akron. The concert will feature the bands A Minor Bird, Roscoe and Unseen Masterpiece. Doors will open at 7:30 p.m. and the show will start at 8 p.m.

The event is open to all students attending UA, however, space is limited and the event is first come, first serve.

Lowdown Producer Jenny Doherty and senior member of the team Lindsay Mulhollen said one of the biggest reasons for hosting the concert is that they want to give students a reason to stay on campus and have something fun to do.

“If you stay on campus Friday night, there’s not a lot to do,” Mulhollen said.

The Lowdown team decided it would be a great idea to showcase bands they have interviewed as well as show students at the university what exactly their ZTV team does.

“A lot of people don’t know that you can watch us on campus channel 45 or on our [ZTV Lowdown] YouTube channel,” Doherty said.

The members of the Lowdown team want to hold this concert so students can come and enjoy one big jam-fest. They want to show people that Akron has a lot of unheard and unseen talent, they said.

“It’s so important and so cool for local artists,” Mulhollen said, “Akron is a hot spot for musical talent.”

During the concert, each of the three bands will be putting on a live performance accompanied by the taped interviews the Lowdown team filmed for each of the featured bands.

The idea to put on a show all started with the band A Minor Bird. They were planning a tour around the area, doing only small and intimate house shows. Doherty, after learning of this, thought to herself, ‘Why not our home, The University of Akron,’ she said

She decided the best place to hold it would be in the Honors Complex Common Room since that building is home to some of the students on campus and has a connection to a few of the members on the Lowdown team.

“[It’s] such a small place, you get to hang with the bands,” Mulhollen said.

The team decided to invite other bands they had worked with. Doherty contacted two other bands that had been previously interviewed by Lowdown, Roscoe and Unseen Masterpiece, and they were more than happy to jump on board.

“It’s been so great to have such great contact with Roscoe and Unseen Masterpiece,” Doherty said.

Doherty said how lucky she feels to have had the chance to develop such close relationships with some of the bands they have interviewed and keep in constant contact with them. She could see the passion and determination in the band members as they answer questions about themselves and their band.

“[There’s] nothing like seeing someone passionate about what they do,” Doherty said. “It’s exactly why I do what I do.

“Lowdown” started out as a show about local shops and restaurants, but has evolved over the past three semesters to become a show that focuses on music and the arts. Program members have done work with local and national bands and wanted to showcase feature bands and promote what the show is about. Most of their interviews are conducted around the area, including venues like Musica and the Grog Shop.

The concert is the last hoorah for some of the people on the Lowdown team, as many of them will be graduating at the end of this semester.

To ensure your spot at the concert, email Doherty at [email protected], as the maximum number of people being let in is 50.