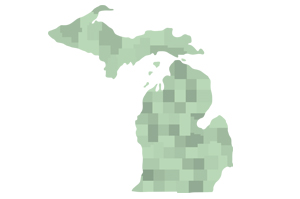 Mitt Romney’s campaign has taken on a desperate tactic: distance and defame.

In Michigan, Romney’s Super PAC, Restore Our Future, is flooding the airwaves with negative campaign ads attacking Rick Santorum, leaving Romney to focus on President Barack Obama in all of his stump speeches. They’re attempting to stall Santorum’s rise to dominance in the national polls by using negative campaign ads to frame the former senator as a big spending Washington insider.

With all of the negative advertisements, it is interesting that Romney is not mentioning his rivals at rallies; instead, he’s set his sights on Obama.

At a rally in Grand Rapids, Mich., Romney told of crowd of around 700 that “almost everything [Obama’s] done has made it hard for the economy to rebound. This is not a president who deserves a second term.”

“It shouldn’t come as a surprise; this president received hundreds of millions of dollars from unions and he’s been doing their bidding ever since,” he said, and because of this, “Michigan has really suffered.”

However, some of Romney’s statements might come back to haunt him, particularly his position regarding unions.

“I’ve taken on union bosses before, and I’m happy to take them on again, because I happen to believe that you can protect the interests of American taxpayers, and you can protect a great industry like automobiles without having to give in to the UAW, and I sure won’t,” he said.

Obama has already responded to some of Romney’s accusations. In a speech in Milwaukee, he told the crowd at Master Lock.

“When I took office, the American auto industry was on the verge of collapse. And there were some folks who said we should let it die,” but “with a million jobs at stake, I refused to let that happen,” Obama said. Many consider this to be a swipe at Romney’s positions, portraying him as a job killer.

It is a carry-over from Romney’s work with Bain Capital. His company would bankrupt corporations after leveraging them for hundreds of millions of dollars in loans, which Bain then used to pay themselves dividends.  Nearly one-quarter of all the companies Bain Capital invested in were forced into bankruptcy. Some of the loans were in excess of $240 million dollars.

Santorum is now receiving an outpouring of money to match his meteoric rise. Donations over the past two weeks dwarf all of 2011. Some individual donations have exceeded $10 million dollars.

In 2011, Santorum received less than $3 million in donations. He is beating Romney in a number of polls. Michigan’s poll shows Santorum with a double-digit lead, receiving 39 percent of the vote compared to Romney’s 24 percent.

Ohio is also a Santorum state. He leads Romney with 36 percent of the vote compared to Romney’s 29 percent.

Michigan is not only Romney’s home state, but it is the state where his father, George Romney, served as a three-term governor, as well as being a state he won in 2008. It would be embarrassing for Romney to lose Michigan for many reasons.

Michigan’s primary will be held today, while Ohio’s primary is part of a 10-state contest known as Super Tuesday, which will take place March 6.