Veterans at The University of Akron are seeking a veteran therapist to be brought to campus.

“Having one of our own around might help veterans open up about certain issues,” said Tunji de la Negro, an Army veteran and sophomore political science major.

After the suicide of a veteran inside InfoCision Stadium in late October, members of the veteran community felt action needed to be taken.

“Many vets know or know of someone who has taken their life,” said Alex Payne, who is vice president of the Military Veterans Association. “In the Army we had suicide training on a regular basis. Every soldier received training on how to respond and where to take their buddy if they seemed suicidal. We want the same thing for Akron’s Campus.”

After the suicide, Payne and former MVA President Ian McInnes sought resources for how such a person could be hired. They first took their issue to the Counseling Center on campus.

After the meeting, Payne and McInnes still continued to push their cause forward.

It was taken to the Veterans Steering Committee, who meets on a monthly basis to discuss and implement plans geared toward the betterment of veterans on campus.

The committee has already been active with the well-being of veterans by endorsing the arrival of the VA Telehealth System located in the Musson Veterans Lounge. Telehealth will allow veterans to conduct medical appointments with VA doctors via live video.

Practices like Telehealth are already being implemented at many active duty posts in the post-deployment process following a mobilization to places like Iraq and Afghanistan.

The pair was then able to take their cause of getting a veteran therapist to campus to Dr. Charles Fey, vice president of Student Affairs.

Members of the MVA will meet with Fey Tuesday to discuss creating a search committee by the end of the spring semester to begin looking for a therapist. 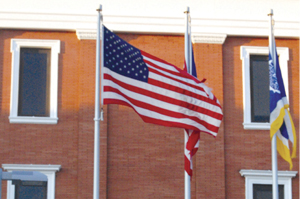