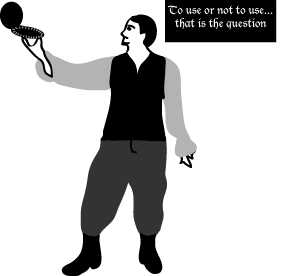 There was a time when large families were necessary. One thousand years ago, religion brought communities together (when they weren’t inciting wars). Reproduction was essential for the survival of our species and religious leaders of the time were right in supporting the reality of their time. But things have drastically changed since then.

Today we face a crisis of overpopulation and family planning has become an essential part of our culture, yet the religious reproduction meme is attempting to drag humanity back into the Middle Ages and women’s rights along with it. Family planning is the key to a healthy, successful society.

One only needs to look at the overpopulation crisis in China to appreciate the real-world consequences that will occur if we fail to address this issue. Birth control is about improving the quality of life for families. It’s about being able to space out children so that the parents can properly provide for their care and well-being.

Yet it’s much more than that. Remember that contraception is a reflection of women’s equality.

The countries with the lowest abortion rates are those that embrace a pro-choice agenda, while those that impose draconian pro-life policies have the highest number of abortions. America can be viewed as a pro-life public with pro-choice policies. We currently embrace family planning and the use of contraception. However, there isn’t one pro-life organization in the United States that supports contraception, and all of them are opposed to abortion.

Margaret Sanger, the renowned feminist leader, believed that if a perfect form of birth control were created, there would be no abortions. The best we can do at this time is to provide inexpensive over-the-counter versions of contraception. It is the next step toward the fulfillment of her dream.

Forty-six years after her death, Sanger is being pulled back into the contraception controversy. She is being unjustly vilified by pro-life groups and conservatives in a futile attempt to discredit her work. Their goal is to undermine the feminist movement’s credibility in their ongoing quest to repress women’s rights by imposing their religious beliefs upon society.

Dr. Jean Baker, author of “Margaret Sanger: A Life of Passion,” summed up Sanger’s legacy as the feminist leader of “an effective campaign to make contraception legal, cheap, effective, and accessible. It was none of these things when she began that summer in 1912. It was all of those things when she died in 1966.”

Of Sanger’s heroic work, Baker said, “She reoriented sexual values. She had to gain acceptance for the revolutionary notion that sex and reproduction could be separate.”

Baker points out that Sanger was driven to find a means to control the suffering brought on by overpopulation. Sanger’s early life is strong testimony to this — her mother died in her mid-40s, after 18 pregnancies in 30 years of marriage.

The Comstock Law of 1873 defined birth control as obscene and pornographic matter. Any publication, advertisement, mailing or importation of devices or information about birth control was considered a felony (at one point Sanger faced upwards of 40 years for handing out literature).

Rick Santorum has pledged to repeal federal funding of contraception because he believes that contraception is a license to do things in a sexual realm that is counter to how things are supposed to be. He’s reiterating the same misguided meme that possessed zealots like Anthony Comstock over a century before.

It is interesting that Rush Limbaugh (who’s just lost his seventh sponsor) used similar inflammatory language to degrade Sandra Fluke’s birth control testimony before Congress. Fluke, like the overwhelming majority of sexually active Catholic women, uses birth control. It has been almost 140 years, yet the arguments about contraceptives remain the same: Umbrellas cause rain.