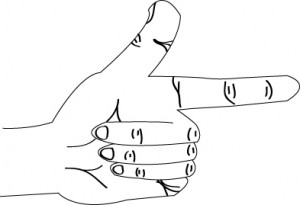 A significant event is currently underway in our nation’s Supreme Court.

The highest court in the land is being asked to render a verdict on one of President Barack Obama’s first official achievements, the Affordable Health Care Act.

Of course, like with anything that Obama has done during his presidency, conservative, Tea Party “experts” emerge into our national debate crying about how the health care bill is unconstitutional.

The issue of constitutionality is currently exactly where it should be, before the Supreme Court, but I believe it is necessary to address some of the ridiculous claims made by many on the right side of the aisle. This issue is important because it affects every single one of us in the sense of how our government will interact with its people.

The first problem with many conservative arguments is that they result to emotional appeal.  They throw around words such as “communism” and “socialism” to force people to have an emotional response.  They don’t bother to explain what is wrong with socialism and communism in this context.  I would like to remind the people who make this argument that public libraries, police and fire departments, public transportation, public parks and roads are all socialist-like structures.

The second and most contentious part of this issue is individual mandate, which would require every American to have health care insurance.  Most conservatives will whine and throw temper tantrums about how socialist, communist and pure evil an individual mandate is, such as anti-affordable heath care act advocates such as Ann Coulter, Rush Limbaugh, Bernie Goldberg, Rick Santorum and half a thousand others, who have made claims that individual mandates go against the principles for which this country was founded on.  Perhaps we should take a look at history?

In 1797, President George Washington championed a bipartisan bill called the Standing Militia Act of 1797.  The entire purpose of this bill was to individually mandate that men between the ages of 18 and 25 were required to purchase and own a firearm.  That’s right; the socialist president George Washington undermined the principles that this nation was founded on to individually mandate that men of a certain age must purchase a specific item.  Or at least that’s what we would have to conclude if we listened to Republican armchair constitutional experts.

Though the Standing Militia Act of 1797 was never enforced, it sets the precedent that the federal government can mandate specific commendations to the citizens for the good of the country.  A standing militia would have been necessary to supporting the common defense and defending the common welfare, just as affordable health care supports the common welfare by shifting the financial burden of health care to everyone instead of just those who have insurance.

Under our current system, we do not turn individuals who may be sick away from health care.  However, the price to cover those who are not insured is passed onto those who do have insurance, as well as us the tax payers.  This is where it becomes necessary and proper for Congress to pass a law to regulate.

If you really think about it, some of the most successful government policies have been individual mandates.  Social Security is an individual mandate, but by paying into it automatically, you are guaranteed those services whenever you need them.

What makes health care any different?  Seriously, think about it, because we must decide what type of society that we want.  If you want a society that doesn’t care about its people and lets them die in the streets, we don’t need Social Security and individually mandated health insurance.  But if we want a society that does care about people and doesn’t want people dying in the streets, then it becomes necessary and proper for us to find a logical way to provide for those services.