Softball has disappointing week against Youngstown

The University of Akron’s softball team was in action against Youngstown State Tuesday, dropping game one and tying game two of their doubleheader.

In game one, the Zips scored three runs in the first two innings and added another in the third. Rachael Ratcliffe hit an RBI double with two outs in the bottom of the first to start off the scoring. 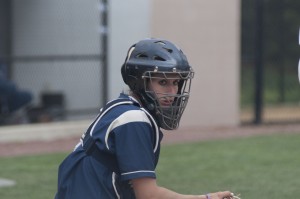 In the bottom of the second, Crystal Hernandez hit an RBI single. Later, pinch running for Hernandez, Amanda Ricker would score on a double steal to give the Zips a 3-0 lead after two.

The Penguins came back with a four-run inning in the top of the third after an error and a two-out three-RBI triple, making the score 4-3.

Allison Dorr got the Zips within one run with her third homerun of the year to lead off the inning. Hernandez would reach first with a two-out single, but pinch runner Iesha Mountain would be stranded at second after stealing the base, making the final score 7-6 in favor of the Penguins.

In game two, the Zips jumped to a 3-0 lead in the bottom of the second. Taryn Allmon scored from second after an error that allowed Nester to reach first. Alex Helfrich drove in Nester and Brittany Mauer, who was hit by a pitch, thanks to an error on the shortstop.

The Penguins would score three runs of their own in the top of the third, tying the game.

The Penguins produced two runs in the top of the fifth to tie the game for good at 5-5.

The game would be called due to darkness after the sixth inning, resulting in a tie.

Mauer was credited with the loss in game one, making her record 10-11 from the circle. Helfrich was 3-6 on the day with a walk, and Hernandez went 2-4 with two RBIs combined in the two contests.

The Zips will face off against Toledo Friday in their Mid-American Conference opener.  Game one of the doubleheader starts at 1 p.m at Lee R. Jackson Softball Field.

The Rockets have compiled a 7-17 record thus far this season.  They have participated in the Fresno State Kickoff, the Wolfpack Challenge and the Under Armour Invitational. Their victories include teams such as Long Beach State, Georgetown, Hampton, Bethune Cookman, Canisius, Kennesaw State and Wright State.