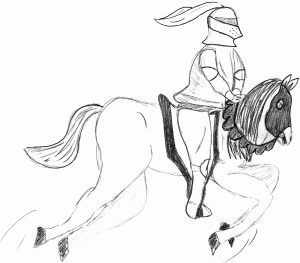 Seriously and earnestly consider if chivalry actually exists anymore, especially around The University of Akron. Just by walking around campus you can see men everywhere, but how many of them are real gentlemen? How many of them go out of their way to show they are gentlemen?

There are several observations that I have made over the past couple of weeks that I think generally sums up the men on our campus.

First, and most notably, there are the “bros.” These men walk around with an attitude that shows they will take nothing from no one. Their conversations often center on immature, almost middle school subjects, but with an adult twist. They dress as if they don’t care about what people think, or as if they live in an Abercrombie and Fitch world. These men can be nice, but usually just when they want something. Rarely do I see them do anything for anyone other than themselves and their friends.

Next are the hard working, serious college men. Usually these men are quite nice and can hold a good conversation. The only thing I’ve noticed that could be a problem is that they tend to be super busy with their studies. So busy, sometimes, that they miss perfect opportunities of chivalry because they are in such a hurry to get somewhere and do the next big assignment.

As much as we might not want to admit it sometimes, every woman likes when a guy can sweep her off her feet, but considering the fast-paced society that we live in today, is that really possible anymore? I personally believe that it is, but only as far as everyday life goes.

For the women out there, don’t expect too much because expectations we often hold are usually shattered.  For the men out there, slow down and take some time to consider your surroundings. If you’re the type who considers himself a “player,” you need to get a new profession. If you’re a busy guy who just can’t seem to find the time to be that knight in shining armor, slow down! There are probably opportunities all around you that you never even knew existed.